Joseph joined the CORE Project this year, where his confidence grew and he became much more motivated.  Since then he has taken up the hobby of running. He did this to improve his health and fitness, and quickly became hooked! He aimed to complete the Belfast Marathon, giving himself two months training preparation and this lead to him training every day, mostly twice daily! 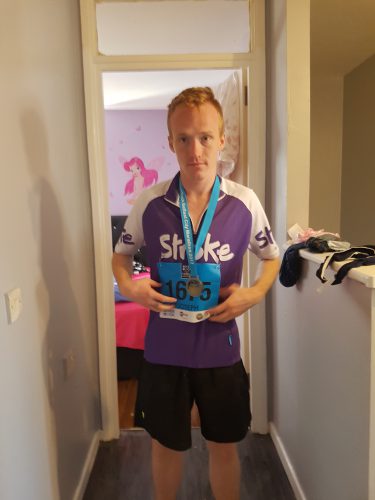 Wanting to help others, Joseph chose to raise money and awareness for the charity ‘Chest, Heart and Stroke’.

The big day arrived, Bank Holiday Monday 1st May 20017, and although Joseph struggled and often wanted to stop, he pushed through and completed it in 5 hrs 19 mins! A fantastic achievement and we would like to send him massive congratulations!

The CORE staff team is very impressed by Joseph’s determination and will power. He is now actively seeking employment and is looking to the future. Recently, Joseph also enrolled for ‘Sports Changes Life, Ehoops Programme’ where he will be attending sports sessions, at the University of Ulster Jordanstown, to improve his health and fitness. He is also now training, towards the next Belfast Marathon, which is to take place in September 2017!

During his time on the CORE Project Joseph inspired others to change their progression path and be more motivated towards making changes and developing a completely new outlook!

For further information on the CORE Programme ring 95609522

This Project is part funded through the Northern Ireland European Social Fund Programme 2014 -2020 and the Department for the Economy.