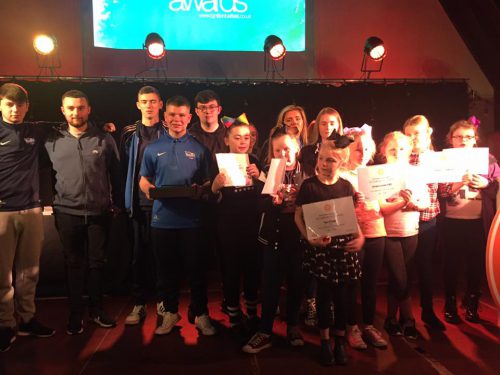 What an amazing night at the Ignition Awards. Young people from the New Lodge Youth Centre’s Busy Buddies Group and The Romania Project were recognised for their hard work on both projects. 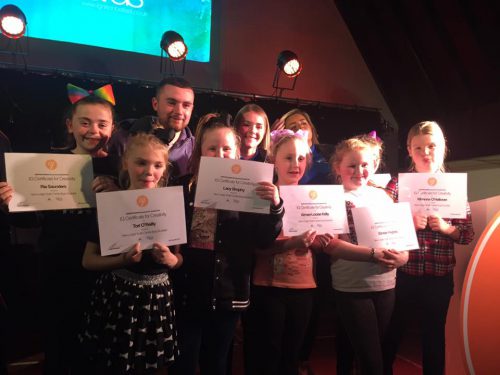 We would like to congratulate the young people from the Busy Buddies Group on receiving their certificates for their participation in the project and for being such amazing young people. We would also like to congratulate the young people from the Romania Project for their Recognition Award for being such Caring and Inspirational young people. They are a credit to themselves. Aoife O’Reilly, a young person from the Romania Project was recognised for her care and compassion for others which she shows in all the work she does in the youth centre.  Also a massive well done to Roisin Kelly who received an award for being an Unsung Hero for being an amazing youth worker and doing so much for others so selflessly.

Well done to all who received awards and well done to Gareth and Paul from Ignition CIC, it was a brilliant night showcasing the amazing young people who are around us. 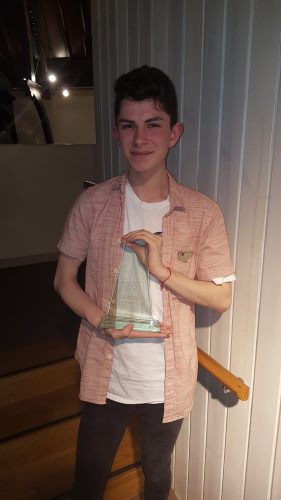 New Lodge Arts are very proud of all the young people who received Awards at tonight’s Ignition Youth Awards..amazing work happening across Belfast by some very inspiring young people. Huge congratulations to our Event Management Team who won the Community Champion’s Award, Aoibheann Henry who won Most Creative Young Person and Manus Corr who won The Rising Star Award in memory of Jack Whyte. Lovely to remember Jack who will always be in our hearts. Thanks to Ignition for a great night! 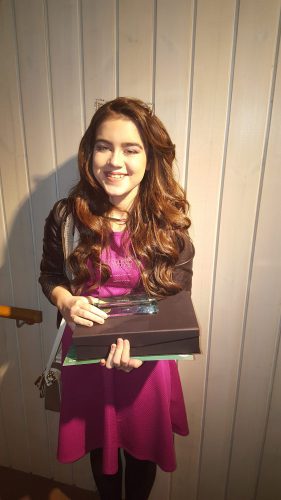