On the 15th August 2017 a group young people on the CORE Programme, who were attending the 6 week ‘SWEET’ Programme, attended an information morning at Belfast Met College, Titanic Quarter Campus. 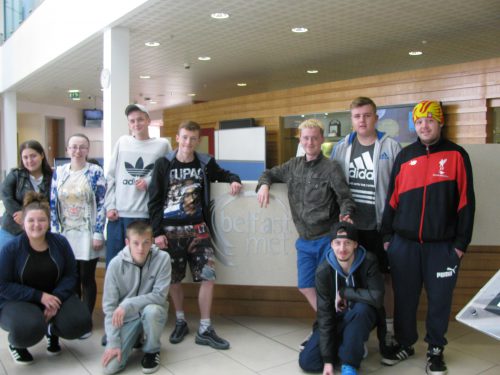 The group were provided with a full tour of the Belfast MET TQ Campus, as part of the Widening Community Participation ‘Pathway to Education’ provision.  They were accompanied by two CORE Mentors and the Employer & Education Support Officer.  For the majority, this was their first time at the TQ Campus and they were very impressed by the size, the resources and variety of vocational subjects offered by the college.

The group were shown around the various buildings throughout the site and they saw many areas such as catering & hospitality, hairdressing, barbering, IT, lecture theatres and the library.   The group also had the opportunity to speak with staff on a one-to-one basis; including staff from the Careers Office, the Finance Support Team and the Inclusive Learning Support Team.  This gave the young people an early opportunity to discuss possible progression pathways, as well as seeing vocational areas they were interested in. The college also provided a lovely lunch for the young people.

As a result of visit and the advice and support provided by the college, many of those in group have enrolled in Belfast Met, in a wide range of areas including IT, Barbering, Manufacturing Skills, Health & Social Care and A Levels. Some have also registered for the Training for Success Programme. 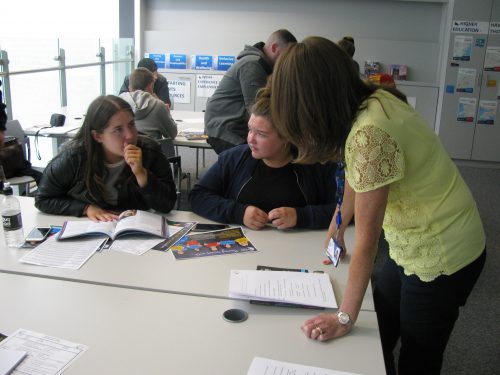 The young people, who attended, really enjoyed and benefited from the session, gaining a better insight into their future progression routes. The CORE team wish them all well as they embrace on their various areas of training, commencing this September!

This Project is part funded through the Northern Ireland European Social Fund Programme 2014 -2020 and the Department for the Economy.