Ashton Community Trust has won a series of important awards including 2017 NI Social Enterprise of the Year. 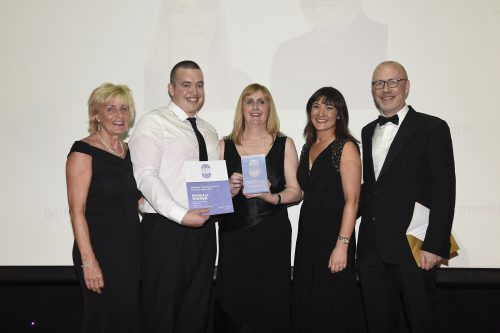 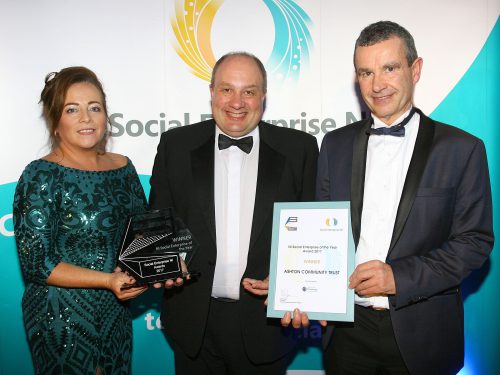 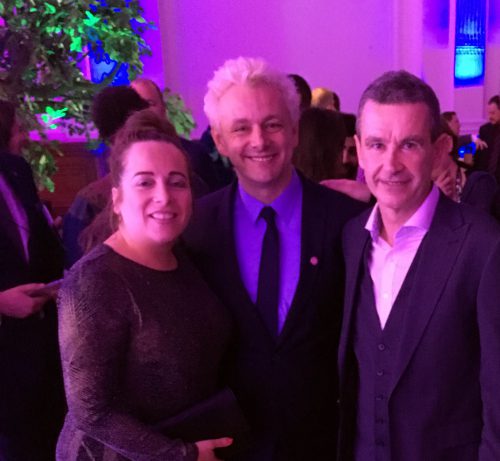 “We are delighted to be named as Social Enterprise of the Year and to be highly commended for our social impact. These awards collectively recognise how hard our staff work towards achieving our mission of improving the lives of local people and making North Belfast a better place to live. Working in partnership with our colleagues in the community, voluntary and statutory sectors underpins all of this work. Ashton’s heart is in the community. We are grateful to everyone who has worked with us in recent years as this award provides recognition of the benefits of that team approach

Ashton’s policy of reinvesting in the North Belfast community means the majority of its work-force are local people, which in turn has significantly helped in an area ranked highly in deprivation and unemployment measures. It currently employs over 200 people making it one of the largest social enterprises in NI and pivotal in the development of the sector in North Belfast. Ashton has also sought to regenerate the area not only through the creation of jobs but by turning derelict pieces of land into thriving social hubs.

Speaking about the future Paul Roberts added: “A robust asset based approach and sound financial management underpins our corporate strategy. Working collaboratively, sharing best practice and keeping a community development ethos to the forefront guides all of this work. Looking to the future we will continue to focus on regeneration, sustaining existing posts and creating new jobs while making positive social change for the North Belfast community.”

This award follows on from another star accolade ‘Inspiring Leader of the Year’ awarded to Paul Roberts by the Chief Officers 3rd Sector (CO3) in February 2017.

Top London Award for Ashton
Ashton Community Trust also won a separate award in London after being shortlisted as a finalist in the overall UK Social Enterprise of the Year Awards. Ashton was in the mix with 8 other social enterprises from Wales, Scotland and England and received a ‘Highly Commended’ award for its business excellence and contribution to society. The event took place at a high profile ceremony at the Royal Horticultural Halls in London on November 23, 2017. In Britain the social enterprise sector contains more than 70,000 enterprises employing almost one million people and generating £18.5bn for the UK economy.

Social Enterprise patron and Hollywood actor Michael Sheen spoke at the event saying: “I believe that social enterprises are the most effective and powerful tool to change the world.”

Ashton Community Trust Chief Executive Paul Roberts said they were bowled over by this latest accolade.