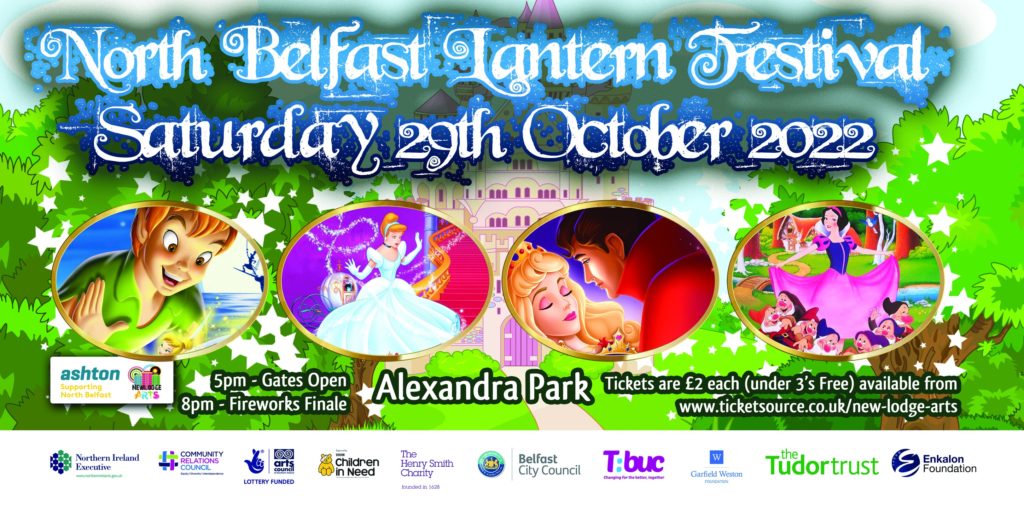 The North Belfast Lantern Festival returns this year with a main event on Saturday 29th October 2022.

There will be no Parade this year. All efforts will be put into the Park for a fantastic night of entertainment.

You must show the ticket you purchased on your phone or bring a print out including the QR Code.

This years event is based around Fairy Tales so expect installations, performances and surprises from well known stories such as Cinderella, Snow White, The Three Little Pigs and Rapunzel.